Kenyan social media group admins might be required to obtain licenses from the Communication Authority (CA).

Malava MP Moses Injendi has proposed a bill seeking to have administrators of WhatsApp and Facebook groups acquire licenses.

If the bill is passed, Kenyans will have to notify the authority when they want to create a Facebook group. The group administrators will have to approve the members and content based on the law.

According to the bill, any person who fails to observe the required provisions will be liable upon conviction of a fine not exceeding Ksh. 200,000 or to an imprisonment of a term not exceeding one year. According to the bill, Kenyans will be faced with a Ksh.500, 000 fine or two years jail term for posting degrading or intimidating content online.

Content that is discriminative against gender, race, nationality, ethnicity, religion, language and political affiliation will be flagged. Posting content that is seen as unfair, inaccurate and biased as per a court of law will also pose a risk of fine or jail term.

The bill will also affect Bloggers as it proposes that those who run blogs without a CA’s authority could spend up to two years in jail or pay a fine of Ksh.500, 000.

Critics have argued that the bill is ill-advised and is an attempt to limit freedom of expression. If the bill is approved, the proposed law will require that WhatsApp group administrators to approve members’ content using legal documents.

National Assembly Information, Communication and Innovation Committee chairperson William Kisang described the law as “unimplementable” saying that it is neither practical nor possible to register all social media administrators. He warned that the bill could be challenged in court if it is approved by the parliament.

Those are words I NEVER want you to say… Recently, a few people’s personal profiles got shut down by Facebook and everyone is freaking out. So here’s a free video from Rachel Miller on the top 7 reasons your profile gets disabled!! It’s important!

Avoid having YOUR account disabled.😡 Top 7 reasons why people lose their profiles, pages, ad accounts 😭It's heartbreaking and totally avoidable!If you want my tips on how to prepare for the "worst case" scenario, or what to do if this happens to you??Let us know and I will get back to you with the things you can do..

Just in case your account has already been disabled, below is a useful guide to help get it back; 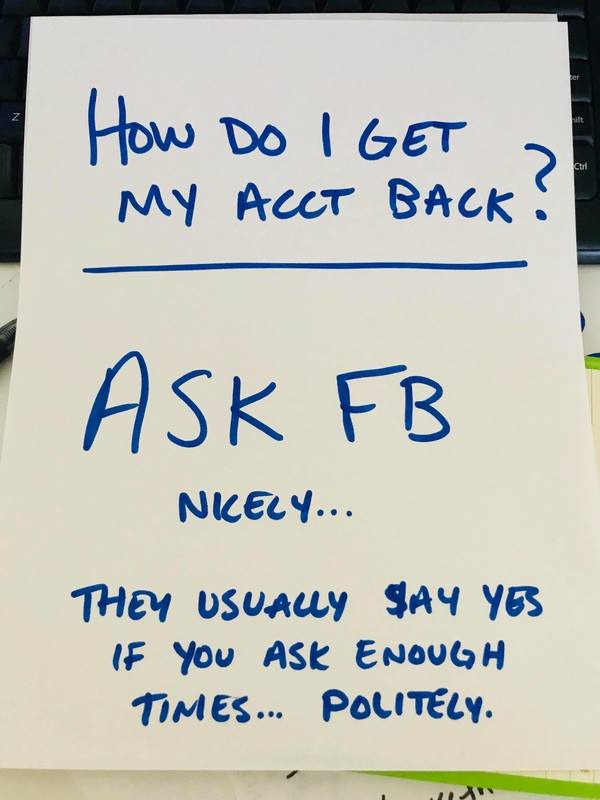